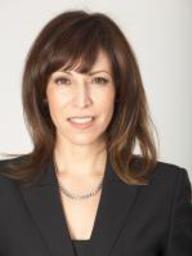 Dr. Eliana Cohen is a Registered Psychologist in Toronto. Dr. Cohen has been practicing couples therapy since her mid-twenties. In her early training, (before being trained by Dr. John and Julie Gottman), she practiced relational psychoanalysis, systemic/strategic and structural therapies which are relevant to the Gottman-Approach.

Early on Dr. Cohen trained under Salvador Minuchin and completed some courses with Virginia Satir. Also, she studied communications theory from work by Paul Watzlawick & Murray Bowen. She also completed work in Intensive Sex Therapy Training at an advanced level.

About eight years ago, Dr. Cohen attended Level I Gottman training in Chicago where she was impressed by the fact that what had been theoretical models were being scientifically validated by Dr. Gottman's research team. Although Level I of Gottman Training was only introductory, many interventions were used as examples under Dr. Cohen as soon as she returned home, from her training in Chicago. Dr. Cohen became an early adopter of the techniques before these techniques were gaining recognition in Canada.

Since the completion of her Ph.D. in Canada (approximately in 2002), Dr. Cohen grew a practice with Ph.D. students who were under her mentorship. The practice is currently the leading practices in the Toronto Area for couples therapy.

In general, her associates, patients, and referring psychiatrists describe her as an “a straight shooter" and as very warm.

She has a demonstrated record of patients and students achieving rapid growth. Her emphasis in treatment is on positive change and building strengths, self-acceptance, acceptance of others, emotional effectiveness and resilience.